In his blessed new year letter, Bartholomew I of Constantinople invited Orthodox men and women to use the new year to take action for creation and avoid further ecological harm to God’s Earth. 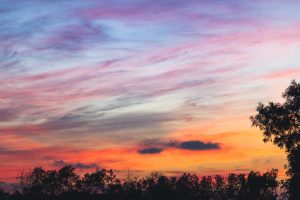 Bartholomew I of Constantinople strongly linked the Orthodox faith to caring for God’s creation. Everything about the Orthodox Church, including the sacraments, the worship, and the daily life of the faithful, expresses and generates “the deepest respect for creation,” he wrote.

“The struggle for the protection of creation is a central dimension of our faith. Respect for the environment is an act of doxology of God’s name, while the destruction of creation is an offense against the Creator, entirely irreconcilable with the basic tenets of Christian theology,” he wrote

“We call upon Orthodox young men and women to realize the significance of living as faithful Christians and contemporary people.”

Orthodox men and women around the world will be heeding his call to act and joining thousands of Christians by participating in the Season of Creation, the annual celebration of prayer and action for our common home that begins Tuesday 1 September, the World Day of Prayer for the Care of Creation.

Join Christians everywhere: Find a Season of Creation event near you or online

In the decades since Ecumenical Patriarch Dimitrios’ proclamation, Christians worldwide have embraced the transformational season as part of their annual calendar.

In his letter, Bartholomew I of Constantinople also called on “all inhabitants” to protect God’s creation.

“We are experiencing the unfolding destruction of the natural environment, of biodiversity, of flora and fauna, of the pollution of aquatic resources and the atmosphere, the progressing collapse of climate balance, as well as other excesses of boundaries and measures in many dimensions of life,” he wrote.

“It is apparent that the protection of the common good, of the integrity of the natural environment, is the common responsibility of all inhabitants of the earth.”