Climate Sunday: an opportunity for churches to act for creation

The Climate Sunday initiative is inviting local churches across Great Britain, Ireland and across the world to hold a climate-focused service on any Sunday before the United Nations climate change conference (COP26) begins in Glasgow on 31 October-12 November. 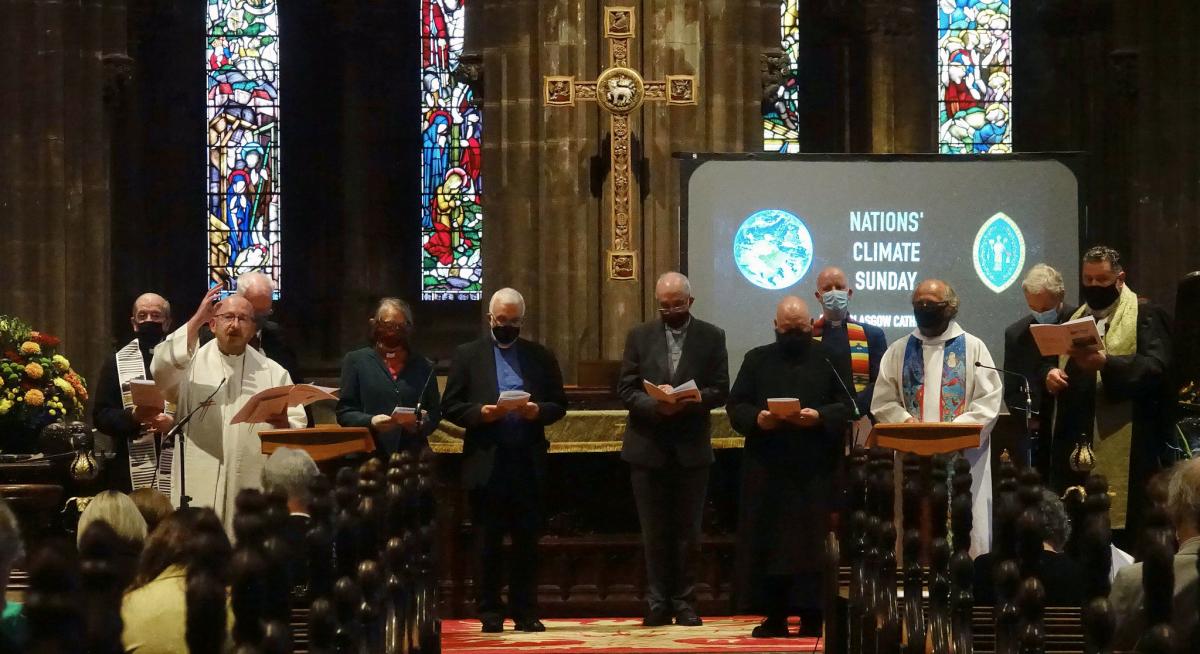 The collective action and commitments from local churches across Great Britain & Ireland was presented to UK Government at a Nations’ Climate Sunday Service in Glasgow on Sunday 5 September. Photo: Karen Bass

By participating in worship services, churchgoers can explore the theological and scientific basis of creation care and action on climate. They can also pray, and commit to action.

More than 1,600 churches have already joined the initiative, which aims to leave a lasting legacy of thousands of churches better equipped to address this critical issue as part of their discipleship and mission, and to make a significant contribution to civil society efforts to secure adequate national and international action at COP26.

The collective action and commitments from local churches across Great Britain and Ireland were presented to the UK government at an ecumenical Nations’ Climate Sunday Service in Glasgow on 5 September.

Lord Wallace, moderator of the General Assembly of the Church of Scotland, said: “As we look to the COP26 taking place later this year, it was an honour to join with ecumenical friends from England, Wales, and Ireland, as well as here in Scotland, to mark Climate Sunday at Glasgow Cathedral.”

Lord Wallace noted that the service fell on the first Sunday of Creation Time. “I would encourage people to take part by watching online as we seek to engage with the immense issues facing our planet together through prayer and worship,” he said.

The event was organised in partnership with Glasgow Churches Together and Churches Together Britain and Ireland, and also featured contributions from different groups including Christian Aid and Eco-Congregation Scotland.

Mary Sweetland, treasurer of Eco-Congregation Scotland, said: “We need to take action as Christians who care for God’s creation, tackling the climate emergency with urgency now and for future generations.”