Season of Creation concluded in a gathering of art and prayer 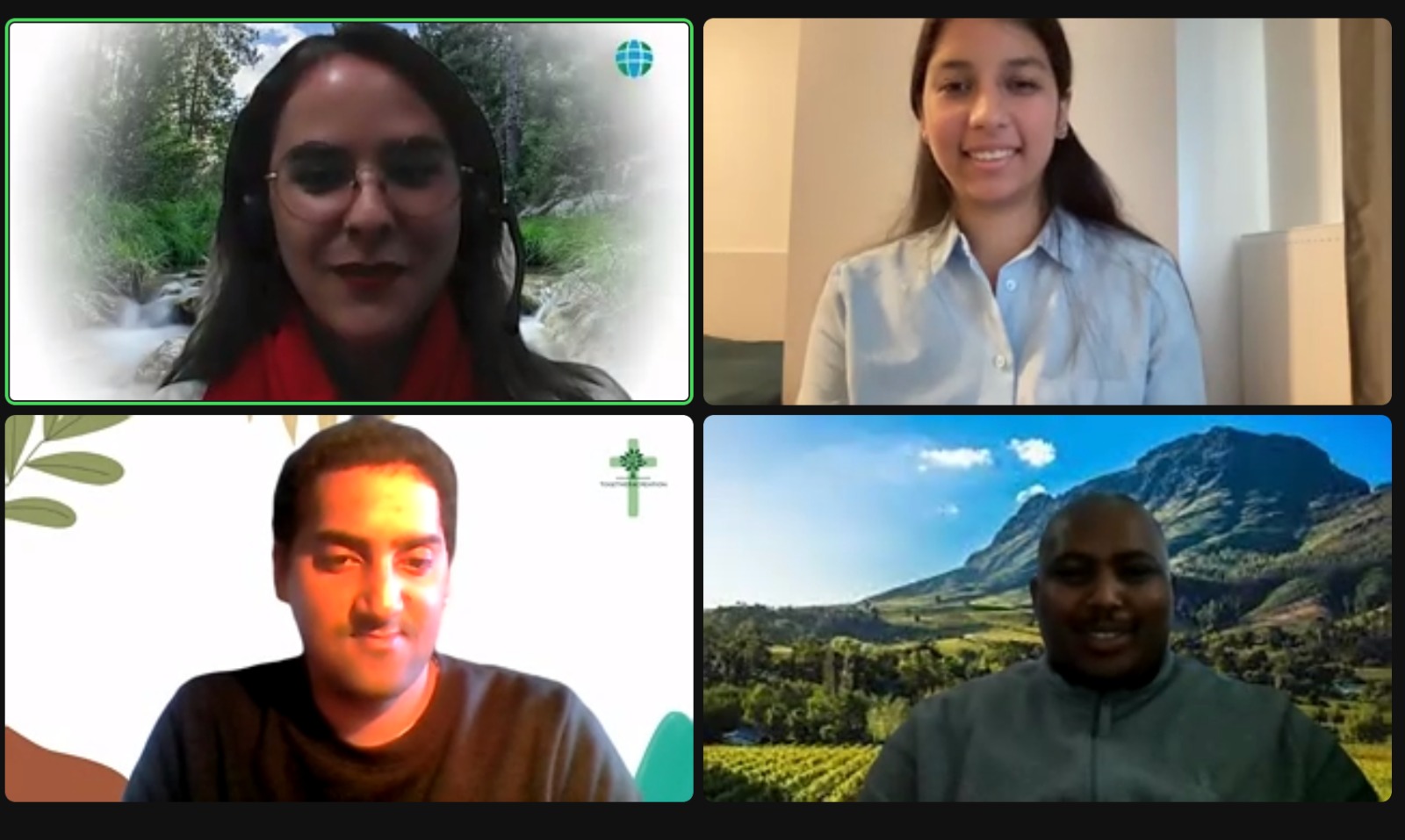 On October 4th, the feast day of St. Francis of Assisi, the closing event of the Season of Creation 2022 was held. Ecumenical youth leaders from around the world led a space for prayer, art and reflection on this year’s theme, “Listen to the Voice of Creation.”

Savanna Sullivan led the first part of the meeting, in which she thanked all the Season of Creation participants: “This year we have reflected on listening to the voice of creation and we have taken time to give space to the voices that have been silenced. We want to give a voice to these people who suffer first hand from the climate crisis, the voices of diversity,” she said.

She also recalled the symbol of the Season of Creation, the burning bush, which “has mirrored the fires as a sign of climate change. There are so many fires of injustice, but there is also the fire that called Moses, the fire of the Spirit that revealed a God who responds to the cry of all who suffer.”

A moment of reflection followed, led by Priyanka Gupt, who invited the audience to recall a difficult moment they have had to go through in reference to the climate crisis. She shared an experience lived in India with the strong pollution and called for awareness of this reality.

Later it was the turn of Cristian Camargo, a young man from Argentina who is currently on the Murals for Peace tour. He shared an illustration of his own, invited people to contemplate it and described it “as a sign of hope, with an example to continue fighting for the culture of life”, and wished to live in “a world in which social fraternity and care for mother earth reign.”

Throughout the gathering, different musical expressions were shared such as “All Creatures of our God and King”, in Swahili, by the Green Anglicans; the song “The Seed” by Aurora, Norwegian singer-songwriter; the song “Daughter of the Earth” by Kaê, Guajajara Indigenous people in Brazil; and a song dedicated to climate refugees by Suzanne Sangi, WCC and member of the Season of Creation’s Ecumenical Youth Committee.

Finally, the closing prayer was led by Bino Makhalanyane, of the Green Anglicans, in which those present were invited to share their intentions in the chat and prayed especially for the release of the film The Letter, the documentary on Laudato Si’ that will be released today at the Vatican.