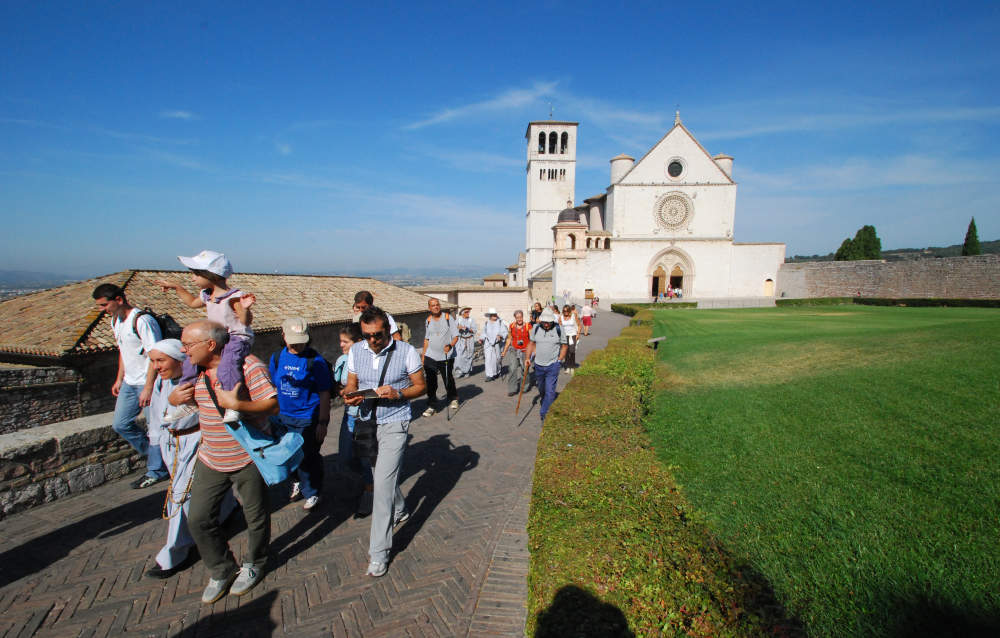 Join the first Ecumenical Prayer for Creation in Assisi to celebrate the World Day of Prayer for Creation and the opening of the Season of Creation.
The ecumenical prayer service will begin on Friday, August 31 at 5 p.m. and will conclude on Saturday, September 1 at 11 am (the full program is available here).
During the Season of Creation, the world’s 2.2 billion Christians are invited to pray and care for creation. The season runs annually from September 1 through October 4.
The theme of this year’s Season of Creation is “walking together,” and this prayer service will kick off a pilgrimage to Poland, site of this year’s UN climate negotiations. The pilgrimage will begin along «The Path of Francis» from Assisi to Gubbio (register here), now in its 10th Anniversary.
The pilgrimage will end in Katowice, Poland, site of the global climate talks known as COP24, a crucial international event and the next step in the implementation of the Paris Agreement.
A joint Ecumenical Declaration on Creation will be released on September 1 at 10 a.m. in front of the Basilica of Saint Francis as part of the prayer service. The Declaration on Creation will invite all Christians and people of good faith to celebrate the Season of Creation and take bold action for climate.
For more information about the Season of Creation please visit SeasonOfCreation.org
To participate in the prayer service in Assisi, please email [email protected]

This website uses cookies to improve your experience while you navigate through the website. Out of these cookies, the cookies that are categorized as necessary are stored on your browser as they are essential for the working of basic functionalities of the website. We also use third-party cookies that help us analyze and understand how you use this website. These cookies will be stored in your browser only with your consent. You also have the option to opt-out of these cookies. But opting out of some of these cookies may have an effect on your browsing experience.
Necessary Siempre activado
Necessary cookies are absolutely essential for the website to function properly. This category only includes cookies that ensures basic functionalities and security features of the website. These cookies do not store any personal information.
Non-necessary
Any cookies that may not be particularly necessary for the website to function and is used specifically to collect user personal data via analytics, ads, other embedded contents are termed as non-necessary cookies. It is mandatory to procure user consent prior to running these cookies on your website.
GUARDAR Y ACEPTAR