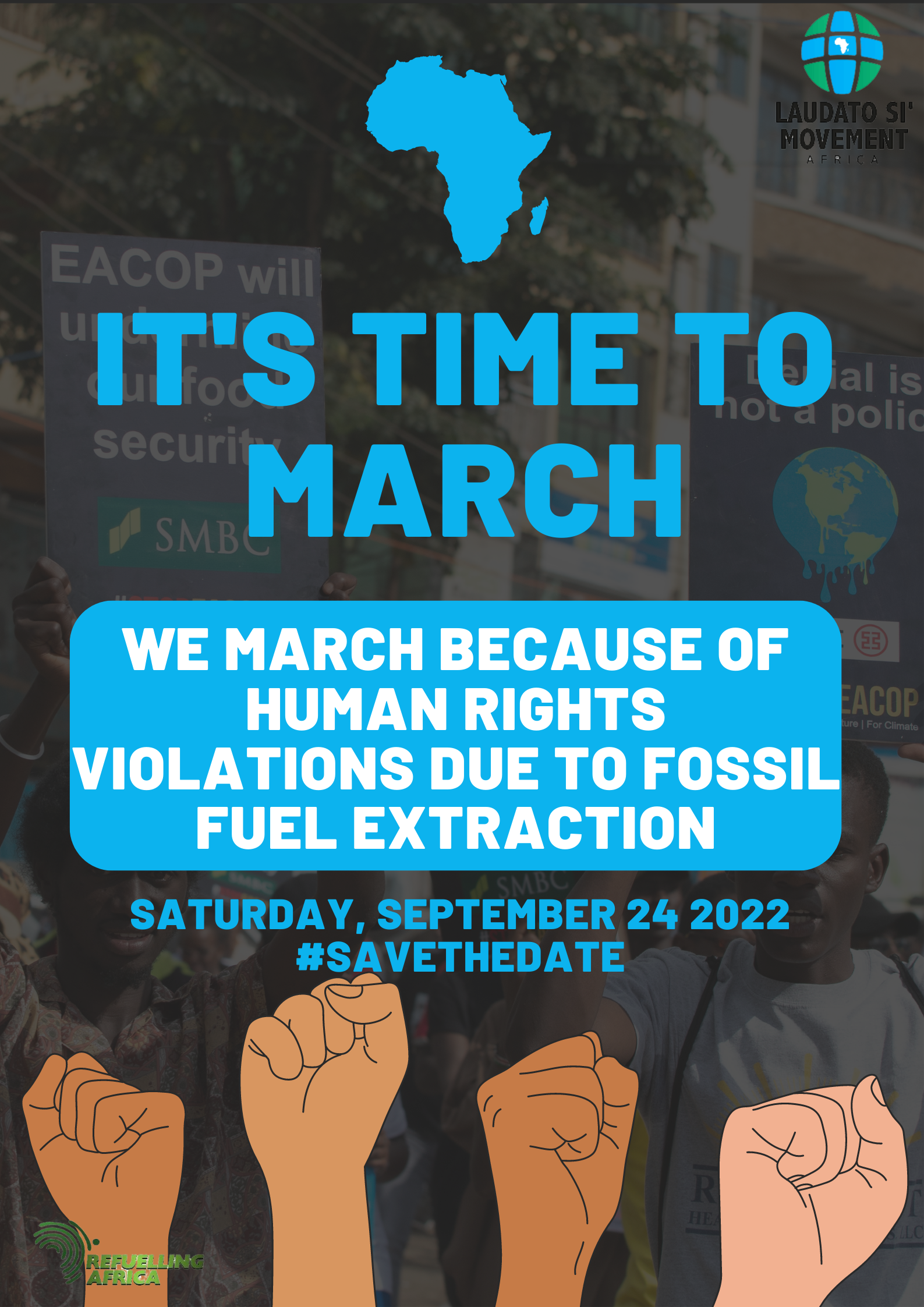 A 2022 season of creation climate strike calling for a Fossil Free Africa ahead of COP 27 In Egypt.

This climate strike will be an opportunity to amplify the voice of the voiceless by advocating for a just transition from fossil fuel to renewable energy for future generations.
In line with the Sustainable development goals (SDGs), Season of creation, Climate Week NYC, and the faiths for climate justice week, our action will bring the world’s attention to the sad reality experienced in all parts of Africa; heat waves, floods, and drought are killing hundreds and devastating communities worldwide. Climate change is already a deadly reality.
As people of faith, It is time to stand up and take action to save our mother earth. Through Laudato si, Pope Francis appeals to all over us from different diversities to protect our common home, not ignoring the cry of the earth and the poor.
The Laudato Si Movement Africa office, in collaboration with our animators and partners, will hold a climate strike in Nairobi, marching from Nyayo stadium to The Catholic University of Eastern Africa doing awareness advocating for renewable energy. The march will end with a live concert for climate advocacy. The LSM Africa will share the struggle and wins achieved towards climate Justice in 2022.
During the concert, a keynote speaker will share with the audience the current status of fossil fuel projects in East Africa, its effects on the East African region, and what could be contributed by people in Kenya.

The event will gather more than 300 youth from Laudato Si Animators, congregations, university students, and partner organizations. It will be live on Twitter and Facebook to allow other countries to follow online.
We will invite activists from all over Africa by asking them to send a recorded message that LSM will broadcast during the concert.