The European Laudato Si’ Alliance (ELSiA) and Members of the European Parliament discussed on Tuesday, 15 September, how Europe can take to heart the lessons of Laudato Si’.

The meeting took place as hundreds of thousands of Christians throughout the continent and worldwide are uniting to pray and take action for our common home as part of the ecumenical Season of Creation, which ends 4 October, the feast day of St. Francis of Assisi, the patron saint of ecology beloved by many Christians faiths.

The season has seen a wonderful flourishing of care for our common home across Europe, and members of the European Parliament are exploring how to tie these spiritual practices to concrete policies that would protect creation. 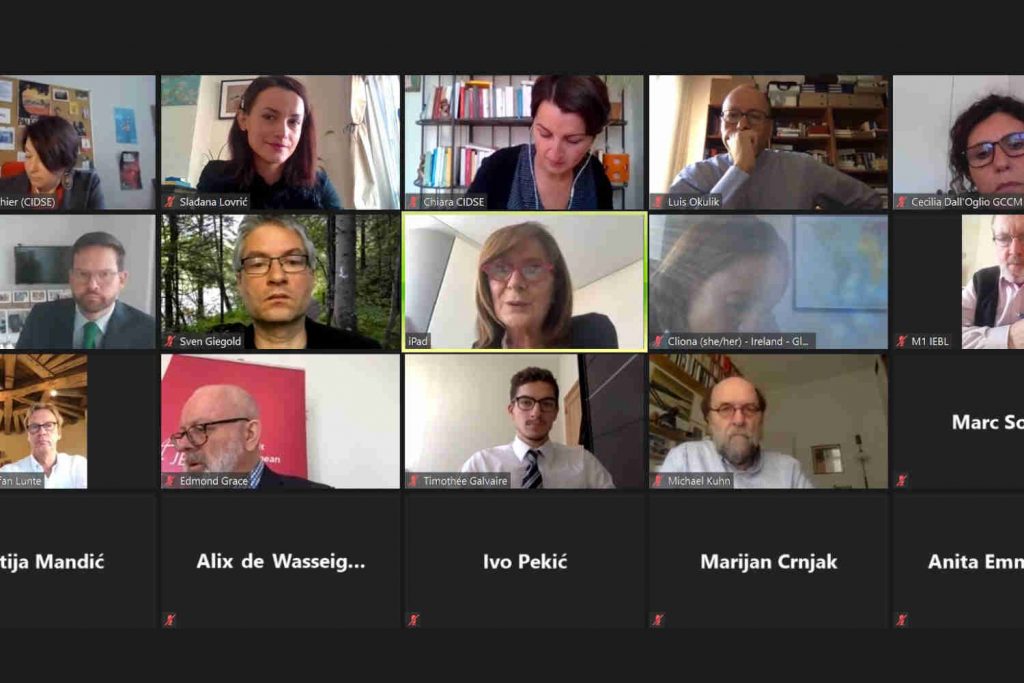 Meeting to bring Laudato Si’ to life throughout the continent of Europe.

The ELSiA member representatives presented all ELSiA member organizations during the meeting and gave a short overview of their work in different fields and the joint intention within ELSiA. The Members of the European Parliament expressed the desire for further cooperation.

ELSiA members strongly emphasized the Catholic values of Laudato Si’, and the meeting showed how a spirit of cooperation exists among representatives of different political groups and different denominations.

The gathering came at an important moment for the continent, as European leaders and officials throughout the world continue to grapple with how to create a just recovery and a better tomorrow in light of the COVID-19 pandemic that has debilitated the global economy and exposed faultlines of injustice in our societies.

On the occasion of the #SeasonOfCreation2020, MEPs and representatives from the #ELSiAlliance gathered today to discuss a #JustRecovery and the #EuropeanGreenDeal. pic.twitter.com/64CwekVhaC

ELSiA shared how Laudato Si’ can serve as a blueprint to the crises the world is facing and can help all of us build back better and construct a more just and sustainable economy that allows human dignity to flourish throughout the world.

The European Laudato Si’ Alliance is a group of Catholic organizations that promotes climate and social justice in the name of Laudato Si’.

The following are members of the alliance: Commission of the Bishops’ Conferences of the EU (COMECE); Jesuit European Social Centre (JESC); CIDSE, an international family of Catholic social justice organizations; Global Catholic Climate Movement (GCCM); Justice and Peace Europe; and the Council of Bishops’ Conferences of Europe (observer member) (CCEE).