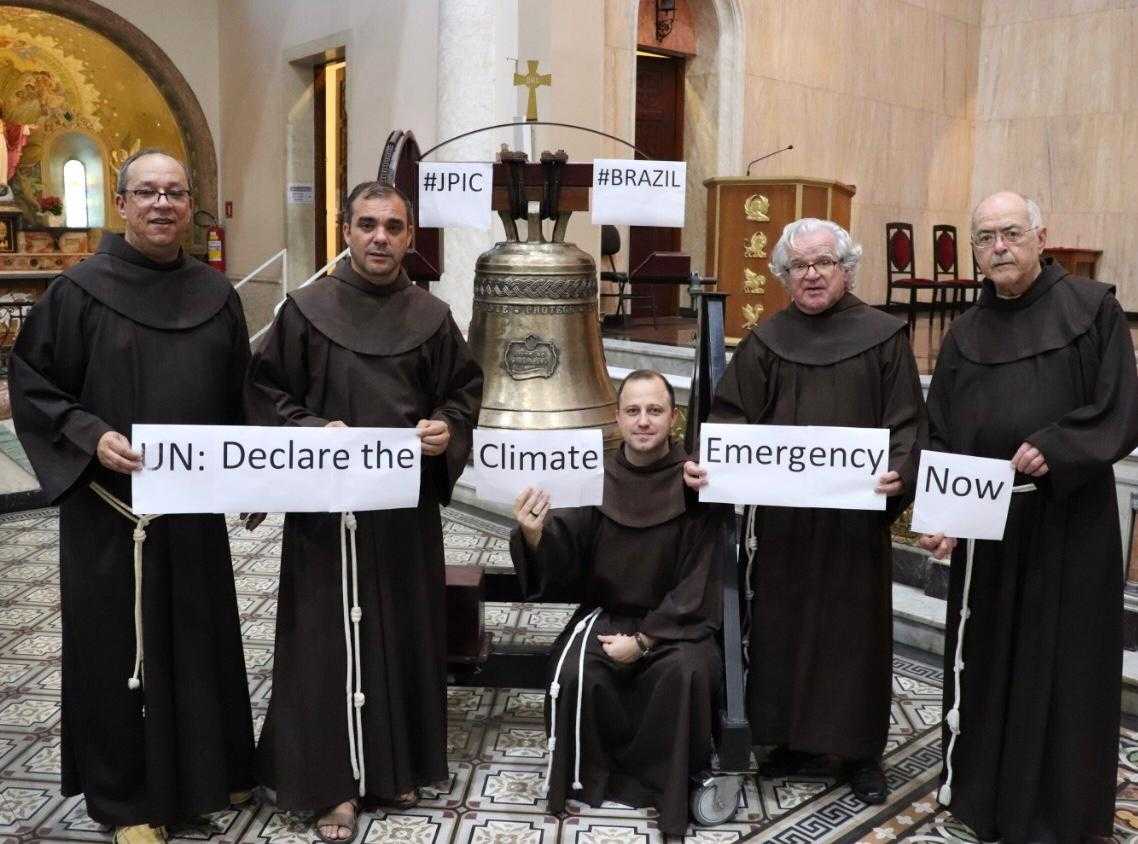 This is what change sounds like: the church bells that rang around the world in solidarity as a record four million young people in 150 countries marched in climate strikes on September 20.

Throughout history, the clang of church bells has called people to awaken, pray, celebrate — and to defend against dangers such as fire or invasion. Likewise, the bells that chimed during the climate strikes served as a clarion call for urgent action against climate change.

In some cities, they rang for 11 minutes to recognize the 11 years that scientists say we have to limit global warming to a maximum increase of 1.5 C. Exceeding that level, the UN’s Intergovernmental Panel on Climate Change has said, could cause droughts, floods, storms and poverty that would threaten hundreds of millions of lives worldwide.

As an audible sign of the Church’s support for youth, bells rang in churches such as the parish of La Santa Cruz Chilibre, Panama; the parish of San José de Gracia, Mexico; the Franciscan Province of Imaculada Conceicao, Brazil; and St. Mary’s Church, Ireland.

For his part, Pope Francis applauded the young people who have taken a stand against climate change in bold ways that many adults have not.

“The young remind us that the earth is not a possession to be squandered, but an inheritance to be handed down,” said Pope Francis, in his message for the World Day of Prayer for Creation. “They remind us that hope for tomorrow is not a noble sentiment, but a task calling for concrete actions here and now. We owe them real answers, not empty words; actions, not illusions.”