‘How do we respond?’ Thousands unite for ‘just transition’ in Asia Pacific & Oceania 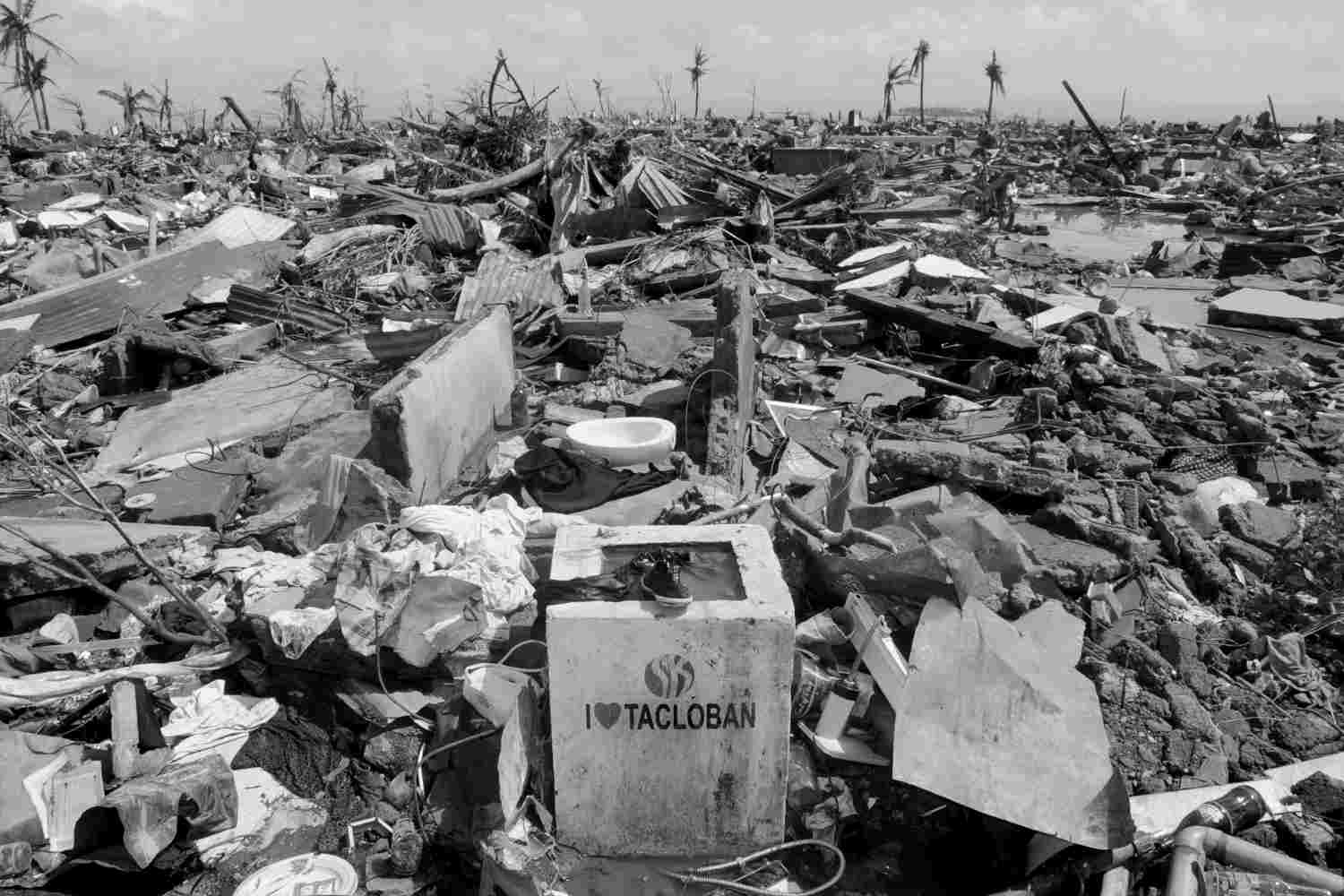 Devastation wrought by Typhoon Haiyan in 2013 in Tacloban, Philippines. Photo by A.G. Saño.

Thousands of Christians from around the world united to celebrate the start of the Season of Creation and learn how to support a “just transition” in Asia Pacific & Oceania on Wednesday.

The webinar, titled “A Just Transition for Asia Pacific and Oceania,” featured Catholic speakers from the region and was facilitated by the Global Catholic Climate Movement to encourage prayer and action during the ecumenical Season of Creation.

It was the first of four webinars that will take place throughout the month long season and featured a lineup of world-renowned speakers:

The speakers encouraged the thousands in attendance to use the Season of Creation to pray and take action for our common home.

During the Season of Creation, which started 1 September and concludes on 4 October, Christians are called to renew our relationship with our Creator and all creation through celebration, conversion, and commitment.

This year, amid crises that have shaken our world, we’re awakened to the urgent need to heal our relationships with creation and each other.

The webinar, and those that follow, will bring together the global Christian family to pray, reflect, and commit to action for a just transition.

‘Jubilee for the Earth’

Father Kureethadam placed the Season of Creation in the context of the “Laudato Si’ Special Anniversary Year,” a year of action on Laudato Si’, Pope Francis’ encyclical on climate change and ecology that turned five in May.

For Catholics, the Season of Creation is the next step in the Laudato Si’ Special Anniversary Year.

Kureethadam said the thread that weaves together all Christian faiths during the season is this year’s suggested theme: “Jubilee for the Earth: New Rhythms, New Hope.”

During the season, we enter a time of restoration and hope, a jubilee for our Earth, that requires radically new ways of living with creation.

“The Earth really is crying out,” Kureethadam said. “We are not living with creation as a common heritage, as a common banquet table where everyone can sit and share the resources. The Earth is crying out and the poor are crying out.”

Archbishop Chong remarked about how the COVID-19 pandemic has exacerbated two ongoing crises for the nation made up of about 300 islands.

While the country’s coronavirus case tally continues to track drastically lower than other countries – only 29 so far – the Fiji people have felt the economic shock of the pandemic as its tourism industry has been all but shut down.

Chong said that lack of income will likely lead to the country incurring more billions more in foreign debt, a move that will hamper a nation already feeling the effects of the climate emergency. Fiji and other Oceania nations are expected to face the worst of the climate crisis, despite having little to do with rising global emissions.

“The future of the Fiji people has a double crisis: the climate change crisis that we are facing right now and then this foreign debt crisis,” Chong said.

In his papal message on the World Day of Prayer for the Care of Creation, Pope Francis said repeated his call for “the cancellation of the debt of the most vulnerable countries, in recognition of the severe impacts of the medical, social and economic crises they face as a result of COVID-19.”

‘Reconnect with the world’

Bishop D’Silva shared how the current time is an opportunity to “reconnect with our surroundings” and live in a more Spirit-filled way.

People can experience the Season of Creation on a daily basis, he said, by using materials produced by the Federation of Asian Bishops’ Conferences.

The federation published an e-booklet titled, “Reflections on ‘Aqua Fons Vitae. Orientations on Water: symbol of the cry of the poor and the cry of the Earth,’” referring to the document the Vatican’s Dicastery for Promoting Integral Human Development released in March 2020. Aqua fons vitae is Latin for “water is a source of life.”

‘Care for our common home’

Belo, the Laudato Si’ Animator, didn’t wait for someone else to take action in her country; she stepped up and did what was right by joining the Global Catholic Climate Movement’s Laudato Si’ Animators program, which helps create champions for Catholic action on climate change.

Speaking about the Philippines, Fr. Gariguez echoed Archbishop Chong’s remarks. “The pandemic crisis adds another layer of burden for the poor and the most vulnerable,” Gariguez said.

But Gariguez also highlighted how groups are working to help people undergo an ecological conversion and find hope in the face of the climate emergency.

He also issued a challenge to all in attendance: “How do we respond?”

Call to divest from fossil fuels

Walpole, who lives in an Indigenous community in the Philippines, invited those in attendance to prayerfully consider helping their organization divest from fossil fuels.

Divestment is a strategy, Walpole said, that gives “critical focus to social action and enables others, including the Church, to participate” in being the change. Making the prophetic decision to divest helps uphold and respect human rights around the world, he said.

Click here to learn more about how your organization can be the change in the world and divest from fossil fuels.

Keep celebrating the Season of Creation by joining the next webinar, titled, “Refuelling Africa through Ethical Investment.” The webinar will take place 10 September.