What is the Season of Creation? 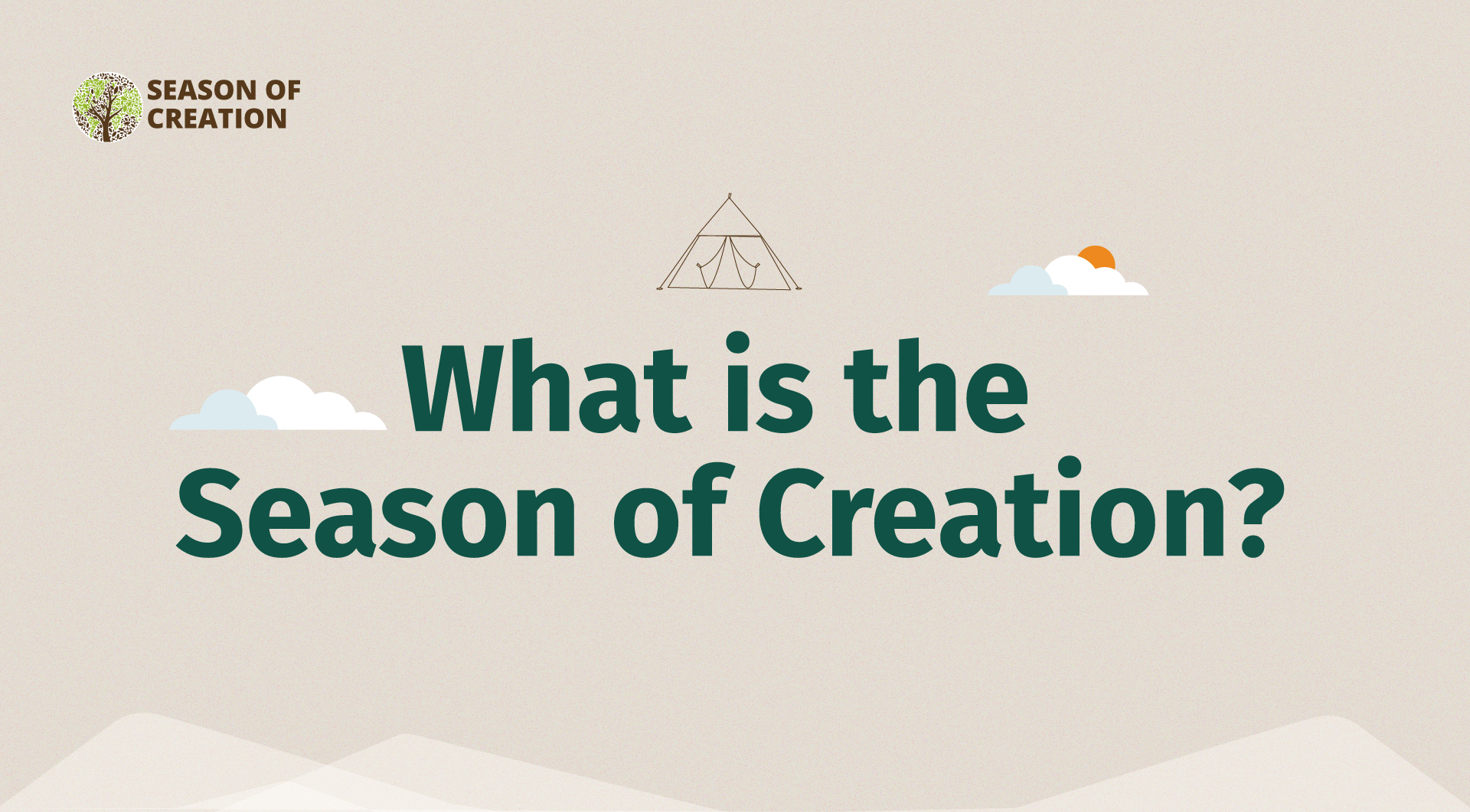 Season of Creation is a time of grace that the Church, in ecumenical dialogue, offers to humanity to renew its relationship with the Creator and with creation, through celebration, conversion and commitment together.

In other words, the Season of Creation is the annual ecumenical celebration of prayer and action for our common home.

When will we gather?

The Season of Creation begins on September 1, World Day of Prayer for the Care of Creation, and ends on October 4, the feast of St. Francis of Assisi, the patron saint of ecology beloved by many Christian denominations.

Individuals and communities are invited to participate through prayer, sustainability projects and advocacy.

We invite you to plan your own participation for the season. As a first step, visit seasonofcreation.org. There you will find the official guide for the celebration of the Season of Creation, a wide range of resources and a form to register your events.

WATCH: What is the Season of Creation?

Why is it important?

Taking action during the Season of Creation is living out our Catholic faith.

Jesus exhorts believers to work for the common good, which requires dignifying life in all its forms, caring for the common home, committing to the construction of more just, supportive, fraternal and peaceful societies, among other fundamental aspects.

Often, when we speak of creation, it is related to nature, animals, landscapes, the sun, the moon, but rarely do we become aware that the human being is the culmination of the Father’s creative work, “God saw all he had made, and indeed it was very good.” (Gen 1:31), the Sacred Scripture states, implying that God, after the creation of man and woman, is pleased to see all their work.

In this regard, it is important to mention that, in the Bible, there are several references to the creative work of the Father, who made heaven and earth, the sea and all that is in them (Rom 4:24) and, moreover, lovingly arranges everything to sustain and promote harmony: “Look at the birds in the sky. They do not sow or reap or gather into barns; yet your heavenly Father feeds them” (Mt 6:26).

In other words, he is not only a creator God, but a loving Father who tenderly cares for the work of his hands and has a vision of fraternity for all humanity.

Accordingly, the Season of Creation is a celebration that allows all people to recognize ourselves as “the work of the Lord’s creative act,” to contemplate nature and all that dwells in it, and to care for our Common Home.

It is necessary for all believers to join in the celebration of the Season of Creation. Since “what was good in the eyes of God has become an exploitable thing in the hands of man”, and it is urgent that as Church we implement concrete actions towards care and preservation.

WATCH: How the global Christian family unites during the Season of Creation

In 1989 Ecumenical Patriarch Dimitros I proclaimed September 1 as the Orthodox Day of Prayer for Creation.

Subsequently, the World Council of Churches (WCC) extended the celebration until October 4, the feast day of St. Francis of Assisi. In turn, in 2015 Pope Francis made the Season of Creation official for the Roman Catholic Church.

In this regard, Pope Francis expressed in 2015:

“The annual World Day of Prayer for the Care of Creation will offer individual believers and communities a fitting opportunity to reaffirm their personal vocation to be stewards of creation, to thank God for the wonderful handiwork which he has entrusted to our care, and to implore his help for the protection of creation as well as his pardon for the sins committed against the world in which we live. The celebration of this Day, on the same date as the Orthodox Church, will be a valuable opportunity to bear witness to our growing communion with our Orthodox brothers and sisters.”

Each year, Christian leaders around the world encourage the faithful to participate in the Season of Creation.

In 2020, in his blessed New Year’s letter, Bartholomew I of Constantinople invited Orthodox men and women to use the new year to act on behalf of creation and prevent further ecological damage to God’s Earth.

“The struggle for the protection of creation is a central dimension of our faith. Respect for the environment is an act of doxology of God’s name, while the destruction of creation is an offense against the Creator, entirely irreconcilable with the basic tenets of Christian theology,” he wrote

“We call upon Orthodox young men and women to realize the significance of living as faithful Christians and contemporary people.”

The Archbishop of Canterbury, Justin Welby, consistently calls on the faithful to also celebrate the Season of Creation.

In 2019, he described the climate crisis as “the greatest challenge facing us and future generations,” and called on Christians around the world to fight climate change with greater urgency and solidarity throughout the year, but especially during the Season of Creation.

A new theme each year

Each year, the Ecumenical Steering Committee suggests a theme and provides resources to guide the celebration of the Season of Creation; in 2019 the theme was “Web of Life”. 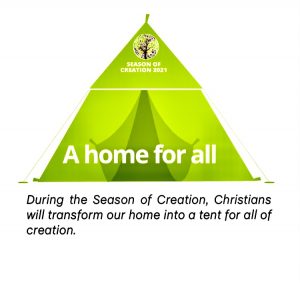 The theme for 2020 was “Jubilee For The Earth”. It was a year marked by a new reality, in which all human beings are reminded that we are vulnerable and that we need others to survive. The COVID 19 pandemic, even with all the pain it caused, was and continues to be an opportunity for all of us to turn our eyes to God.

Joyfully, we were able to see that during the Season of Creation 2020, thousands of people and communities participated in life-giving events, illuminating the path of our most vulnerable sisters and brothers, who are looking for hope in the midst of a pandemic and the worsening climate crisis, among other crises affecting our world.

For this year, the chosen theme is: “A home for all? Renewing the Oikos of God”. Oikos is the Greek word for “home” or ” household”; likewise, the proposed symbol is Abraham’s Tent, which represents our commitment to safeguarding a place for all who share our common home:

Who can participate in the celebration of the Season of Creation?

Everyone: believers and non-believers. Because we are all called to live in harmony, being responsible stewards of our common home, which implies that we all must commit ourselves to care for life in all its forms, remembering that caring does not only refer to protecting, but necessarily implies loving, contemplating and feeling part of God’s creative work.

We invite you to take part in this celebration on a personal, family, and community level. Share posts on social media with the hashtag #SeasonofCreation or #TiempoDeLaCreación. And don’t forget to entrust this time to the Lord with the Prayer for the Season of Creation 2021.